Professor Turf – Kelly Houghton have got back into the motorsport arena. After competing in the Central Region rally Series in the late 2000 ‘s In a Class C turbocharged Corolla achieving podiums & winning the Class C trophy during this time, the decision was made to take on another challenge – The Grub 45w was purchased.

Now we have The Grub 45w Tank stockcar running a 235hp Falcon straight 6 engine, rear wheel drive lock diff & 3 speed gearbox. The object of each driver is to push, hit or outrun the other stockcars to take the chequered flag on a banked dirt speedway track over 10 – 12 laps. That’s right hitting each other is allowed. Our season runs from October through to April, & our home track is Te Marua – check out www.wellingtonfamilyspeedway.co.nz for more details. Come see us at the track, grab a photo or have a sit in The Grub.

Sponsors Of The Grub 45w 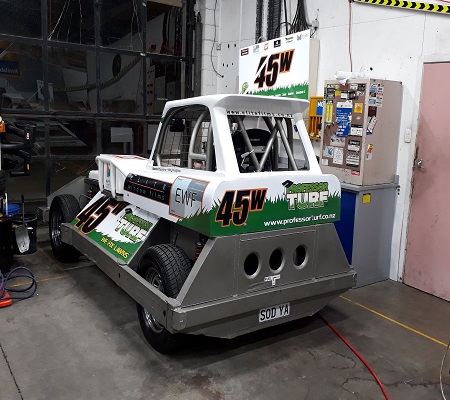 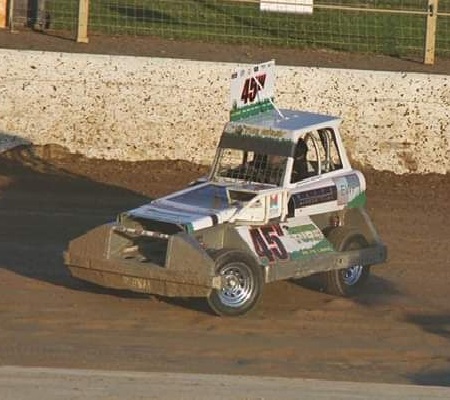 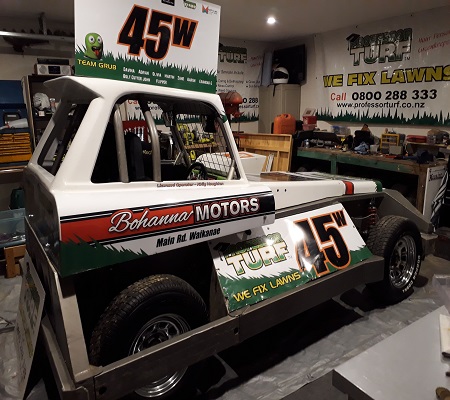 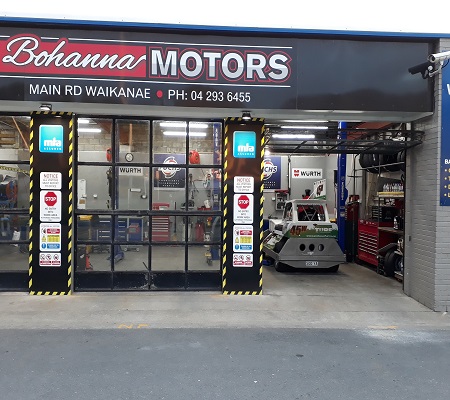